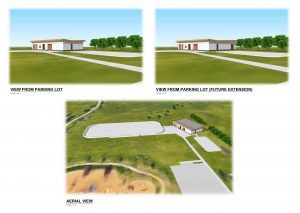 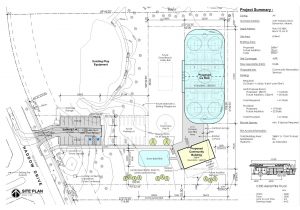 We have received our approved Development Permit from The City of Edmonton. We have also received our Municipal Improvement Agreement for signing. It is currently under legal review due to recent changes in documentation that historically has been “typical”. Once we have a green light we will sign off on it.
Our Architect, Bennett Architect Inc. has completed approximately 30% of the design drawings which will be used to secure estimated prices from various contractors. These drawings include a site plan and details (for example, parking lot), building details such as floor and roof plans, elevations, building sections and rink details.

Next steps in our process include:

It is anticipated this project will be paid with community league funds and grants on a 1/3-2/3 ratio.

Join our mailing list (no spam here!) to get The Ridge’s regular informative newsletter with news updates, new programs and events in The Ridge and the Greater Riverbend-Terwillegar Area.
Subscribe to our newsletter
Your email address will NOT be shared to anyone else for any purposes.